Navigating the Health Economy in 2021

This week marks the final combined issue of The Compass and The Washington Compass for 2021. Many of you may recall that my rationale for starting this series was grounded in the fact that for decades, the U.S. health economy has operated as if the fundamental rules of economics – demand, supply, and yield – did not apply.

The central thesis underlying the commentaries of the last eight months is this: the mindset of disregarding the rules of economics is unsustainable, particularly for hospitals and health systems that operate in what game theorists call a “negative-sum game.”

While I have only scratched the surface in unveiling the data-driven trends shaping increasingly complex and competitive health economy, a few key principles have emerged from the analyses thus far. 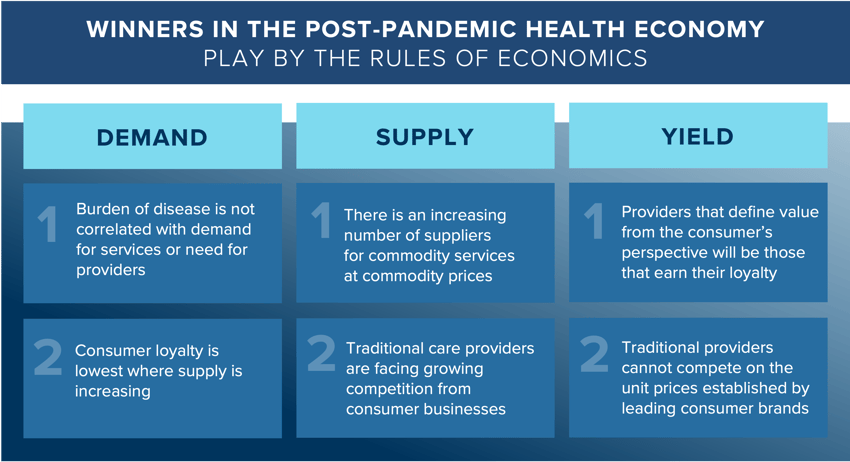 YIELD // refers to the intersection of demand and supply, which is also influenced by market factors such as policy regulations and reimbursement incentives.

Healthcare is a negative sum game. While game theory is infrequently, if ever, openly discussed in our industry, nothing will have a more profound effect on the direction of the health economy in the next 20 years. I look forward to guiding us forward with more Compass data stories in 2022.
The Compass, The Washington Compass
Previous Post | Next Post