Commoditization in Healthcare Has Increased Competition for Low-Acuity Services

In economics and consumer theory, a substitute good is a product or service that consumers see as essentially the same or similar enough to another product, while a commodity good is one that is interchangeable with other goods of the same type.1,2 In any market containing substitute or commodity goods, price spreads are generally low.

Many healthcare goods are commodities, such as strep tests, flu vaccines, x-rays, and blood draws. As a result, it is perhaps not surprising that large retailers with vast experience in selling commodity goods are entering the healthcare market with a focus on low-acuity, commodity healthcare services.

In response to this new competition, many traditional healthcare providers have attempted to compete by expanding their service lines offering to deliver more commodity goods, particularly telehealth. The challenges for traditional healthcare providers to compete with larger retailers are formidable, as hospitals and physician groups have fewer customers, fewer locations, and higher fixed operating costs.

Additionally, traditional healthcare providers, particularly hospitals, are required by law to be prepared to treat the most complex patient on a moment’s notice in contrast to retailers offering a limited number of low-acuity services. As the affordability gap in healthcare widens and Americans grow more price-sensitive amid continued inflation, competing on price becomes essential to compete effectively with national retailers.

Traditional healthcare providers face a strategic dilemma. Should they attempt to match the scale of Amazon, CVS, Walgreens or Walmart in delivering commodity services, or should they focus on higher-acuity—and higher margin—care that large retailers cannot and probably will never deliver?

Low-Acuity Healthcare Services Are Increasingly Being Commoditized
Retailers offer commodity prices for commodity healthcare services. While prices vary among retailers, their rates are consistently lower than prices offered by traditional healthcare providers for urgent care and primary care. In addition, consumers may be attracted to the price transparency offered by large retailers. Notably, while office visit prices at CVS and Walgreens are similar to urgent care rates, the price for services like flu and strep tests are almost 5X higher on average at urgent care centers operated by traditional healthcare providers than by retailers like Walmart (Figure 1).

The Impacts of Commoditization Are Predictable
Commoditizing services inevitably drives down price, thus reducing the yield of that service. For example, the telehealth market is characterized by decreasing price and declining utilization, with telehealth use primarily limited to a discrete population, 25.6% of Americans.3,4,5 Compared to the peak of the pandemic (Q1 2020 to Q1 2021), telehealth volumes have declined in 95.8% of markets and, on average, more than 35% nationally (Figure 2). With more tele-suppliers—including several with scale advantages that allow them to deliver virtual care services at effectively zero marginal cost—competing for a smaller share of demand, differentiation among suppliers becomes even more difficult. 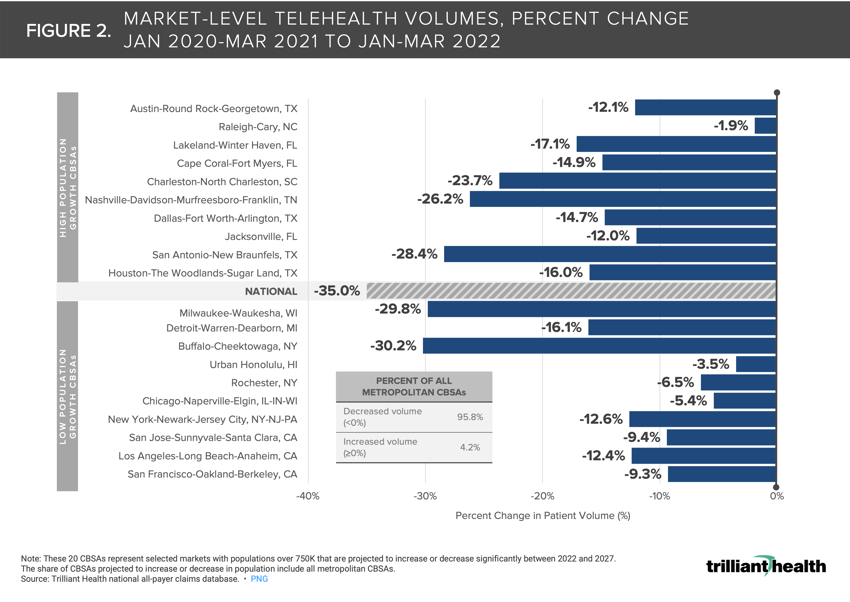 Post-pandemic, telehealth prescribing has become more common. Amazon’s announcement of Amazon Clinic, which focuses on conditions that will often be treated with a prescription that could be delivered to the patient’s home by Amazon Pharmacy further signals the commoditization of tele-pharmacy. In 2020 and 2021, approximately 35% of antidepressants and antianxiety drug prescriptions were associated with a telehealth visit compared to just 1% in 2019 (Figure 3). 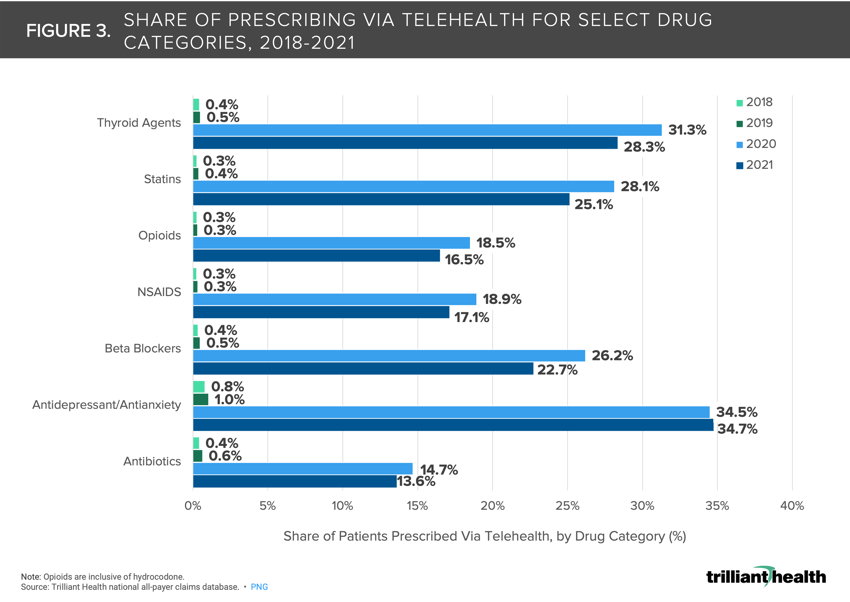 Given the sizeable share of retail-based primary care services that could be considered essential health benefits, heightened competition among new entrants, and effectively zero marginal cost of delivery for retail players, how will large retailers compete on price? And how can traditional healthcare providers compete effectively against those retailers? Why would they think that is a good idea?

This analysis is part of our deep-dive series into the 2022 Trends Shaping the Health Economy. 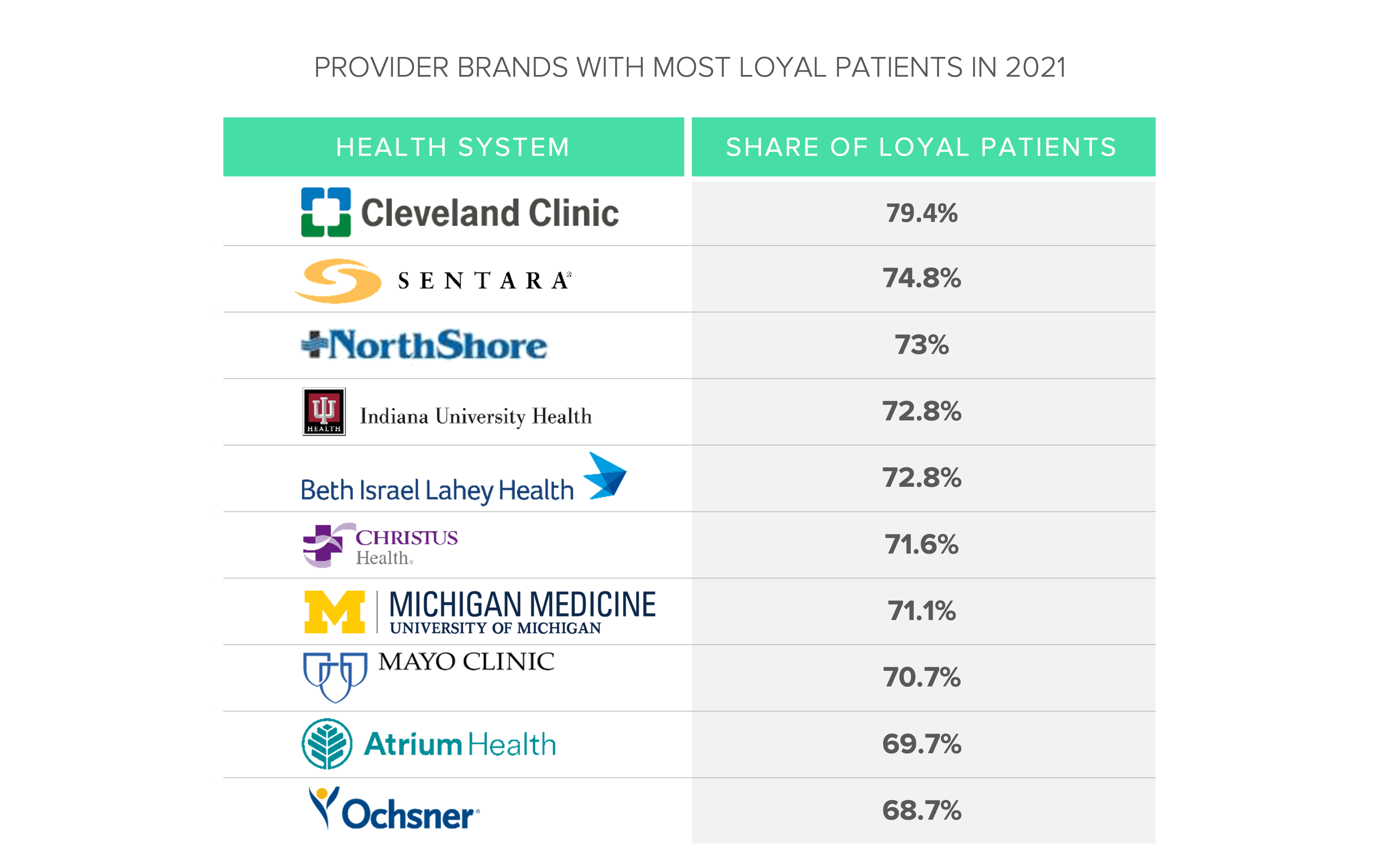 Individuals are Consumers and How They Navigate the Health System Varies 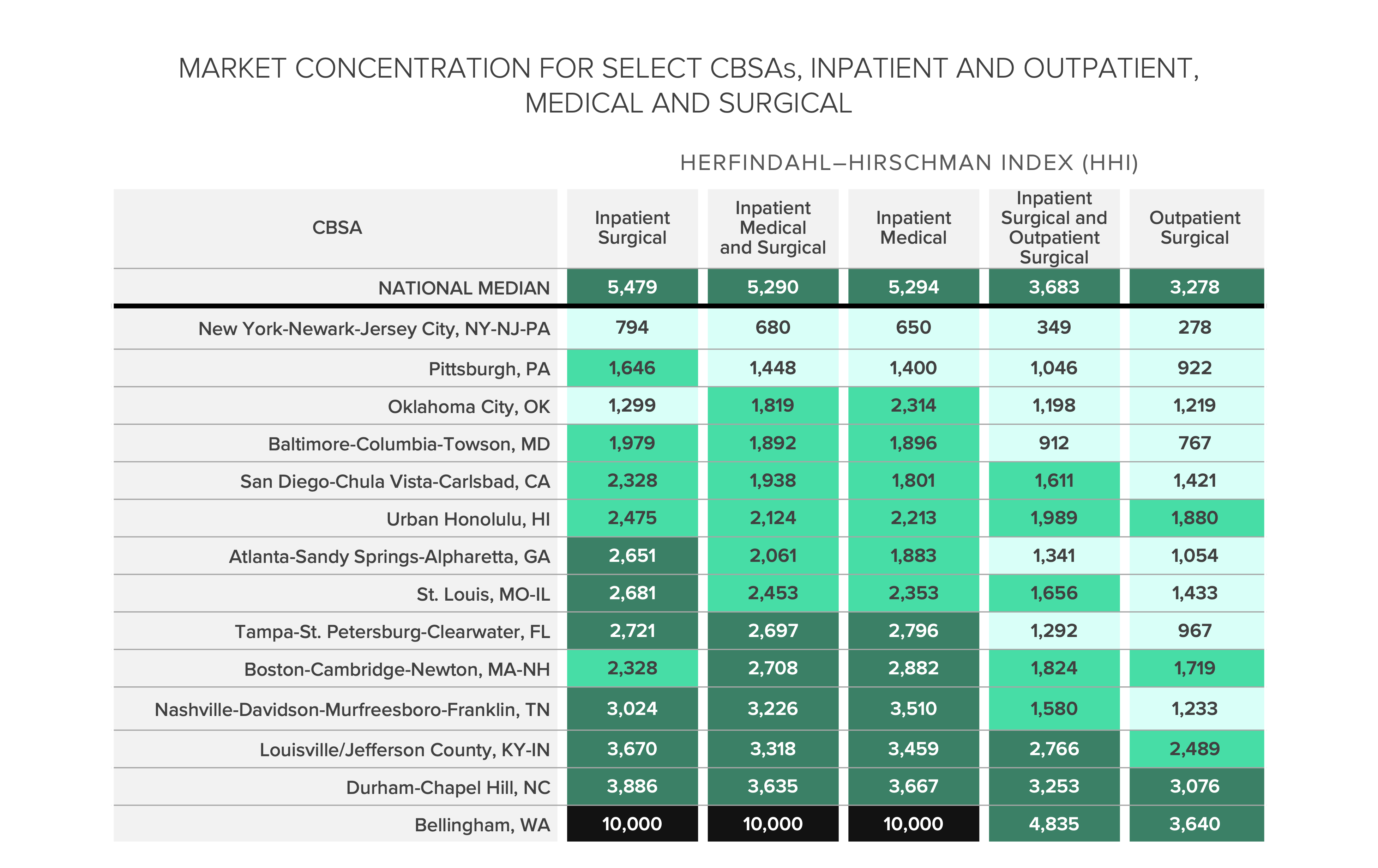 In last week’s edition of The Compass and throughout the recently published SimilarityIndex™ | ...

In the last edition of The Washington Compass, we investigated how Traditional Medicare home health