For decades, the healthcare industry has used benchmarks grounded in anecdotes and perceived similarity. Determination of perceived peers is often guided by “top” rank lists (e.g., U.S. News & World Report, The Leapfrog Group), which are often grounded in arbitrary, absolute comparisons. While there is value in learning from aspirational peers like Geisinger or Intermountain, benchmarking for the purposes of strategic decision making requires an algorithmic approach.1,2,3

Given most health economy stakeholders, from large health systems to pharmaceutical manufacturers, operate in several markets, often in disparate geographic areas, it is important to consider the importance of relative comparisons. Therefore, distinguishing between similarity and dissimilarity on any number of factors is a prerequisite for organizational benchmarking in the new health economy.

An index is a valuable “method to track the performance of a group of assets in a standardized way” that affords decision makers the ability to directly compare, or “benchmark,” organizations relative to specific metrics.4 The SimilarityEngine™ applied to U.S. markets provides a machine-learning-generated index to benchmark markets across several factors—ranging from healthcare consumers to competition.5

Analytic Approach
The three largest non-profit health systems, by revenue and number of hospitals, are CommonSpirit Health, Ascension, and Trinity Health.6 While all three health systems generate revenue >$20B, are headquartered in the Midwest, and operate hospitals in more than 20 states, the individual markets in which they operate are dissimilar in other characteristics. To more precisely compare these organizations, we identified a “benchmark” for each health system based on the market in which they have the highest inpatient surgical volume as calculated through our all-payer claims database: Phoenix, AZ (CommonSpirit Health), Detroit, MI (Ascension), and Columbus, OH (Trinity Health).

Herfindahl-Hirschman Index (HHI) is the standard measure of market concentration. Traditionally, the HHI has focused on hospitals, looking exclusively at inpatient volumes.7 Since much of healthcare takes place outside of the hospital setting, we calculated the market-level HHI for inpatient medical, inpatient surgical, and outpatient surgical. With each of those HHI values weighted evenly and input into the SimilarityEngine™, we identified the five most competitively similar markets to the benchmark. Markets with a similarity score closest to one are most similar to the benchmark.

Findings
Although these three health systems are considered peers by revenue and operating structure (i.e., non-profit), their “top” markets are not all peers in terms of market concentration. Across health systems, there is only one competitively similar market in common, appearing as third most similar for CommonSpirit (Phoenix) and fifth most similar for Trinity Health (Columbus) (Figure 1). Notably, Ascension (Detroit) does not have any similar markets in common with CommonSpirit or Trinity Health. 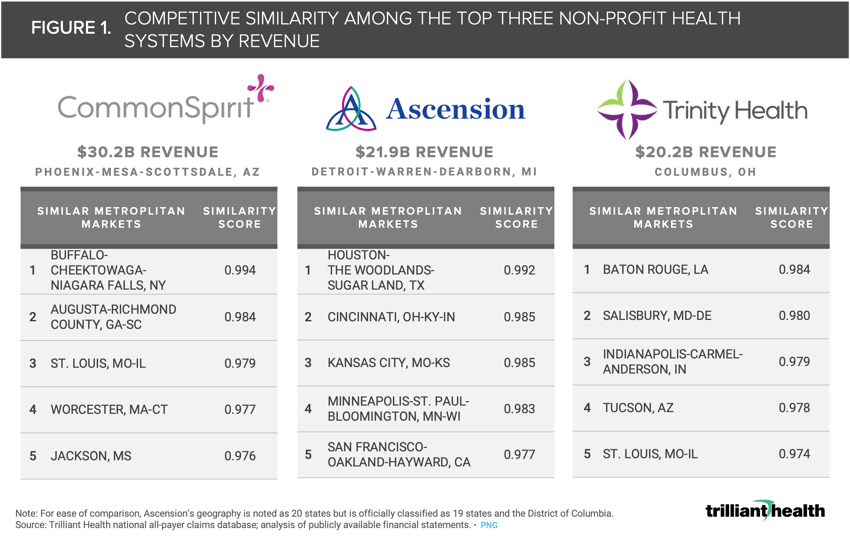 Similarity on one or even two metrics (e.g., operating structure and revenue) does not always correlate with similarity across all other metrics, as evidenced by the disparate “similar” markets among the top three nonprofit health systems. To adequately benchmark across markets, organizations must go beyond anecdotal assumptions and inform market-to-market strategies with analytics.

As discussed in last week's edition of The Compass, market benchmarking is key to informing M&A strategy. As the Biden administration and new Democratic majority within the Federal Trade Commission accelerate efforts to prevent healthcare activities deemed anticompetitive, utilizing a data- driven approach to understanding the market landscape provides a competitive advantage.8,9,10

Thanks to Katie Patton, Kelly Boyce, and Alli Oakes for their research support. 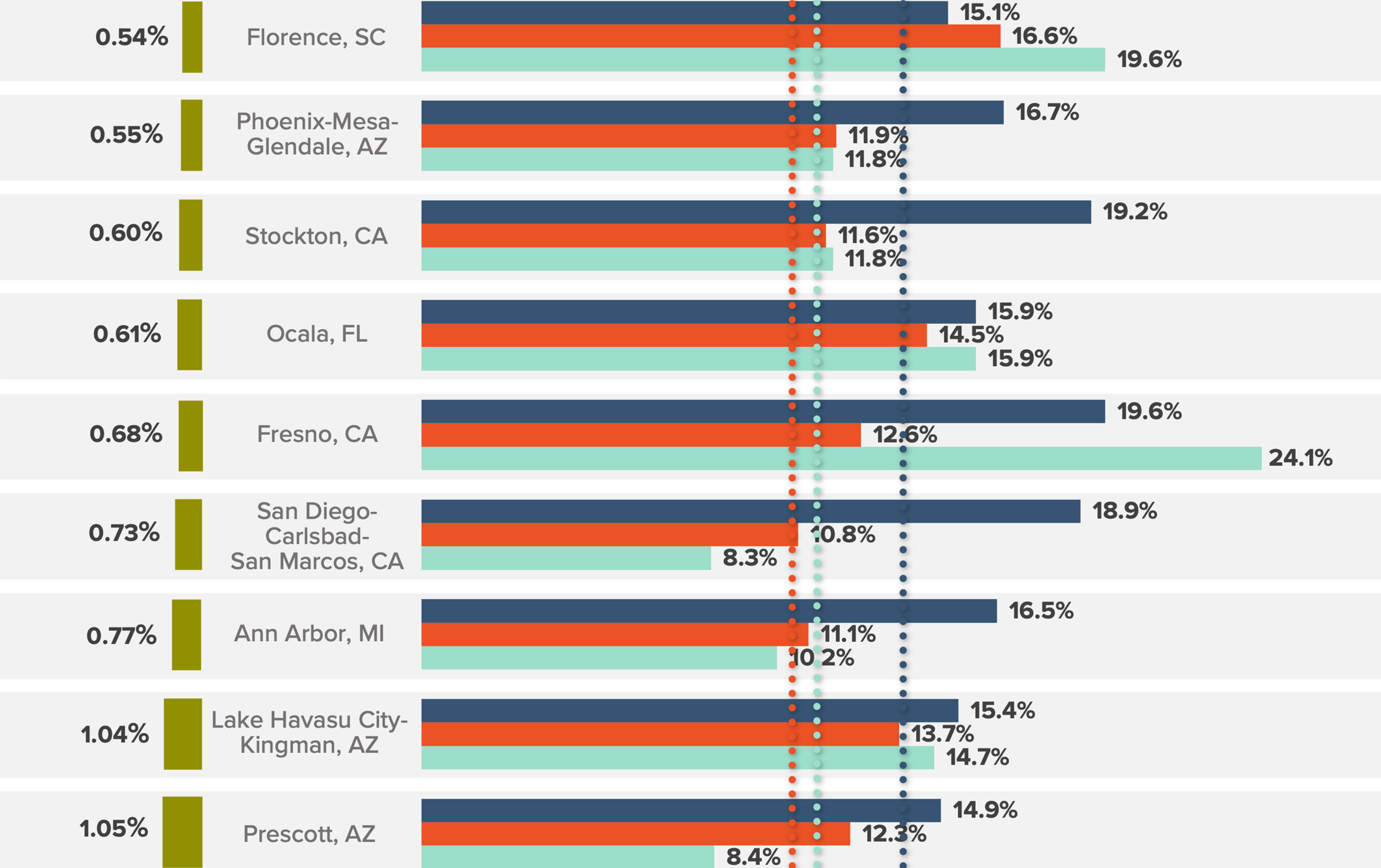 The Data Behind Z Codes for Social Determinants of Health

It is well established that social determinants of health (SDOH) drive 80% of health outcomes,... 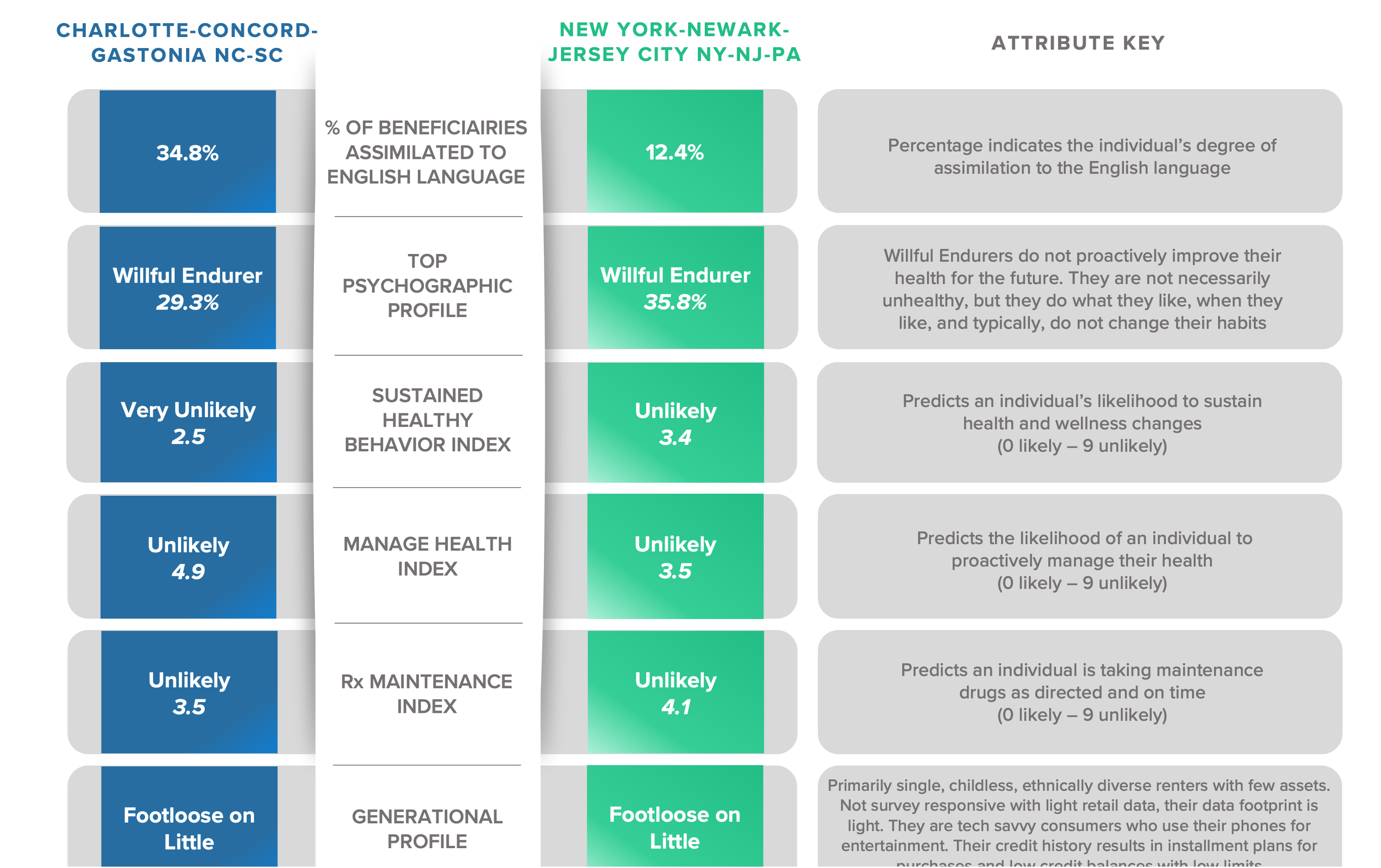 Earlier this week, we explored the relationship between increased spending and investment activity... 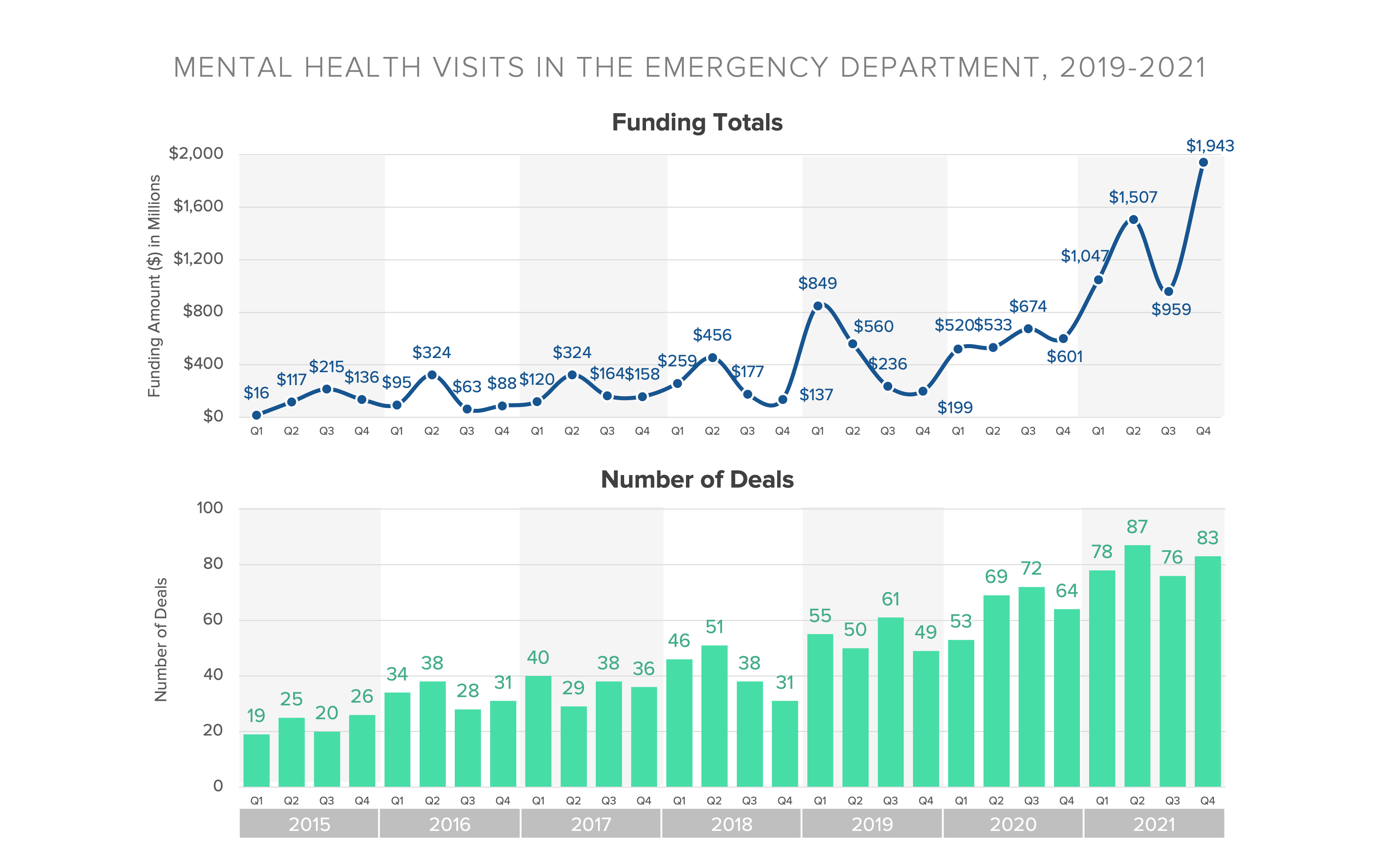 It is well established that the behavioral health status, inclusive of mental health, of Americans...