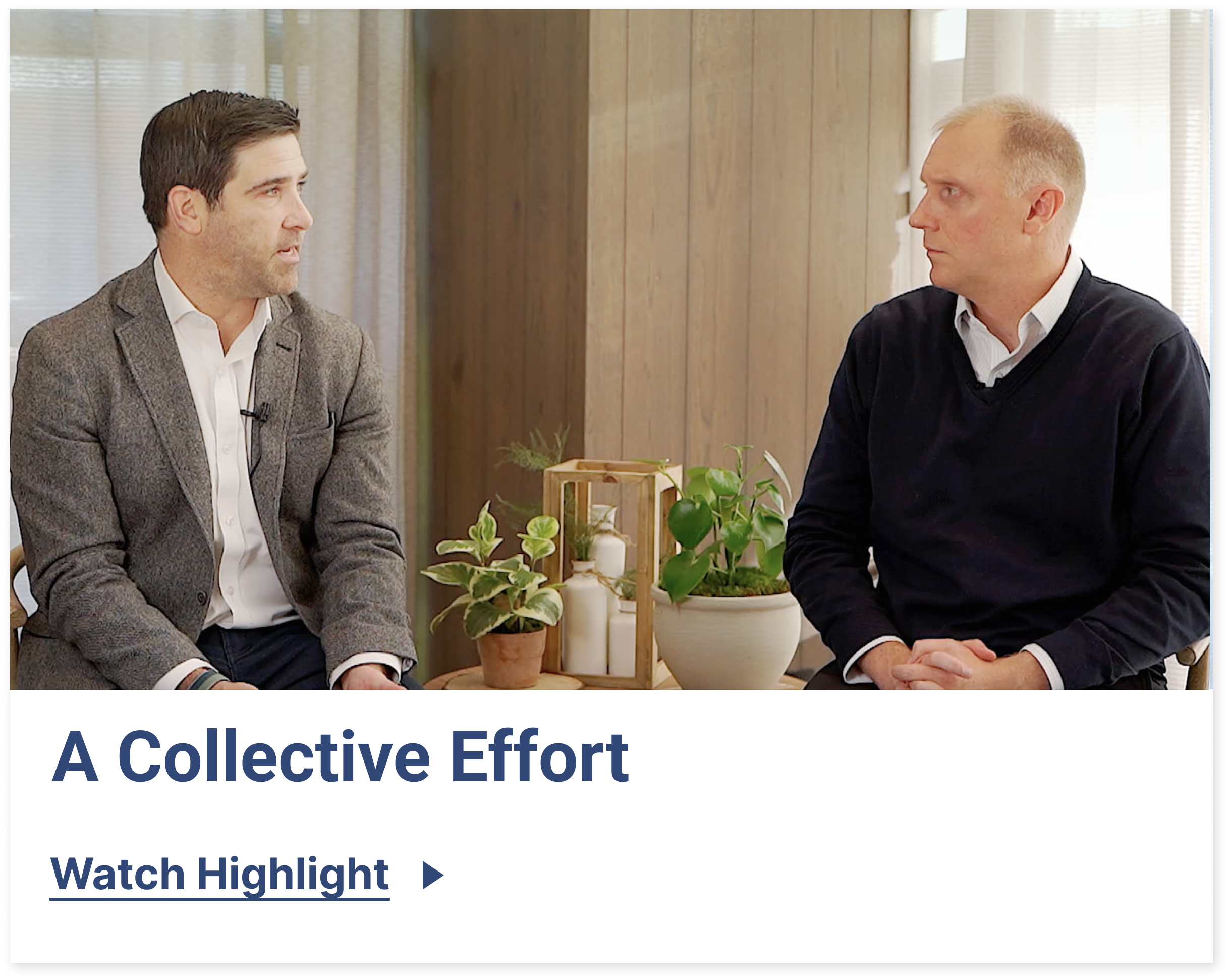 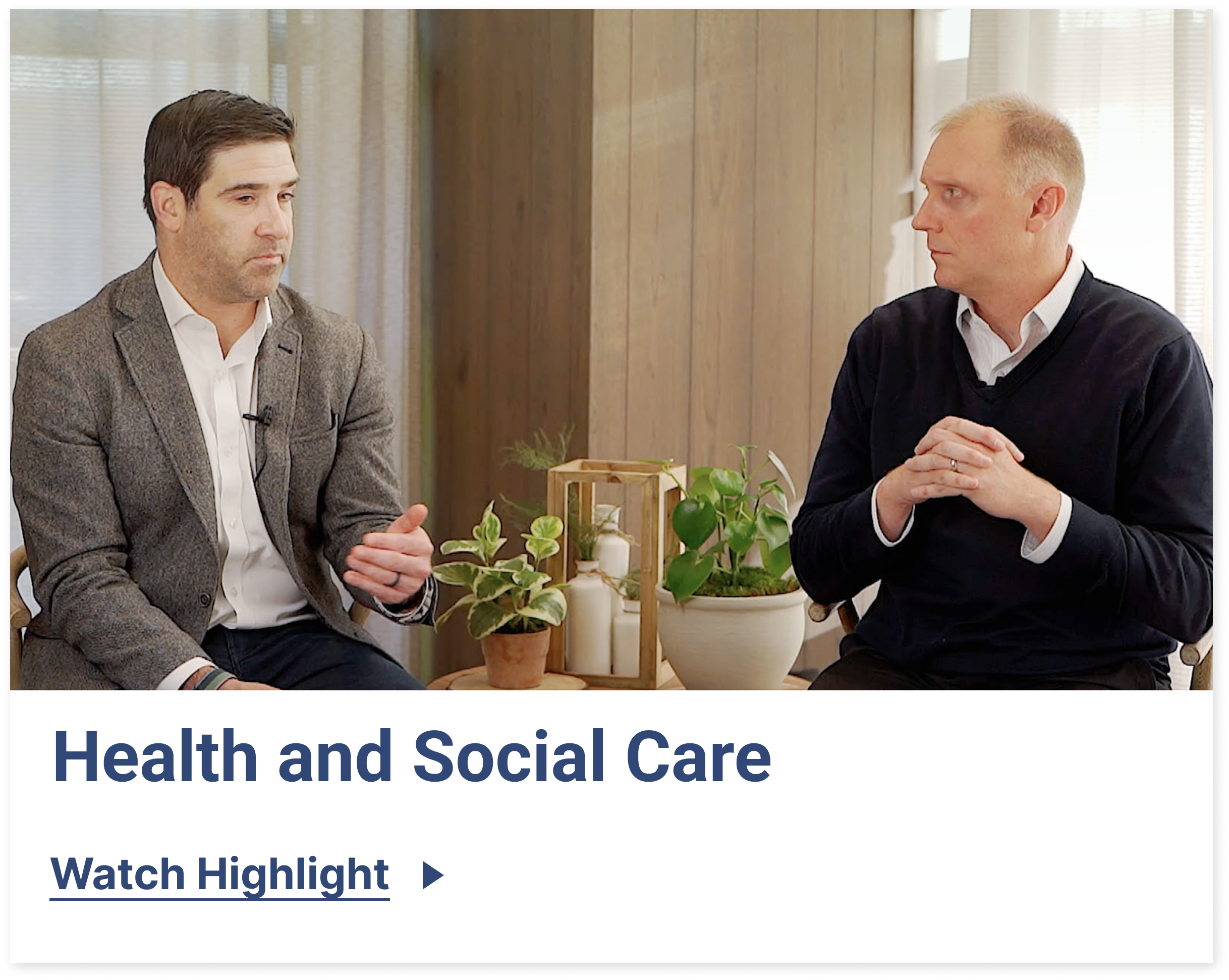 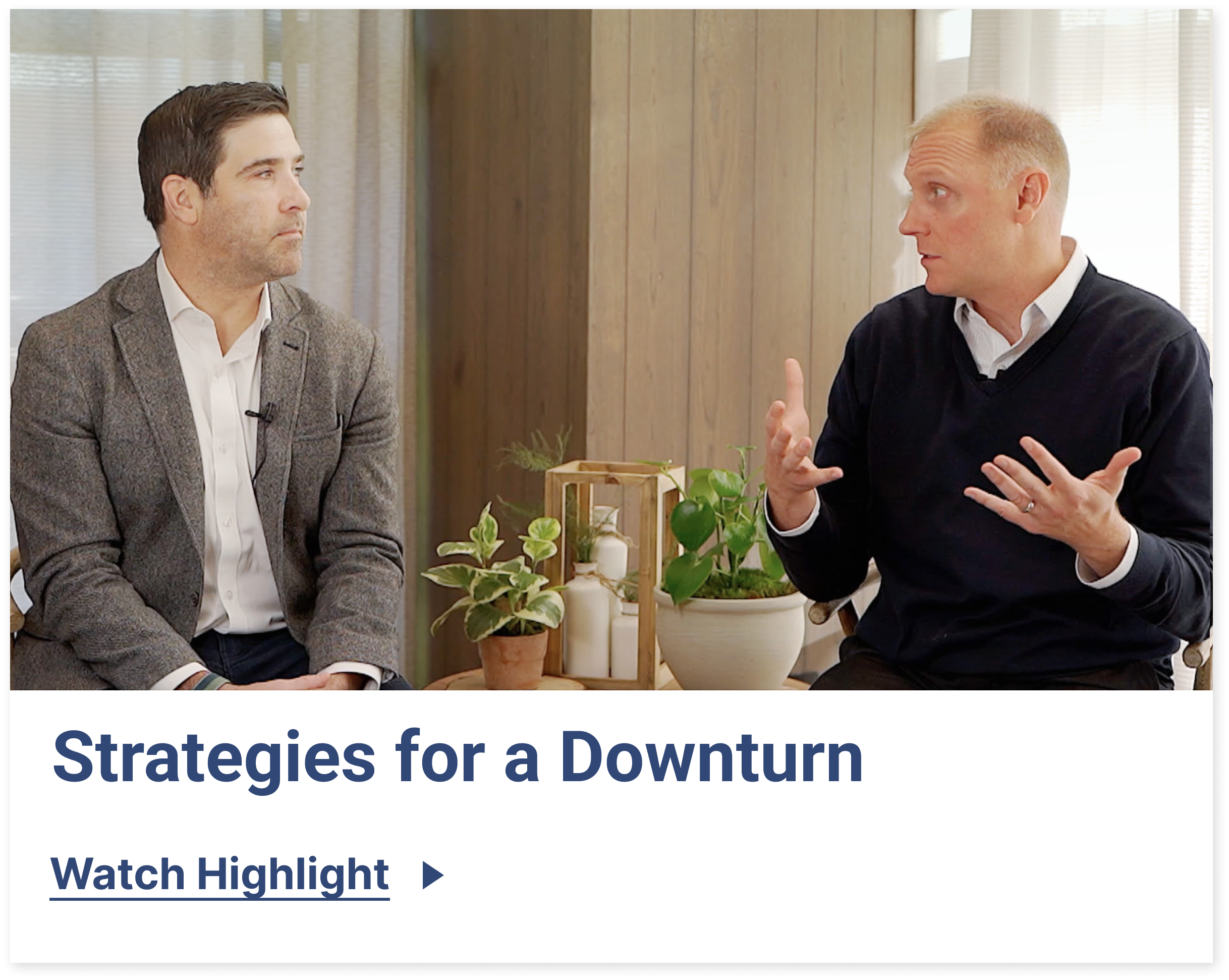 Nathan Bays: Dan, it's October 20. We're in Nashville; the end of the year is almost here when you think about both your business and more broadly the healthcare social care ecosystem. What are some of the key trends that you think people will be talking about and will be topics of discussion in 2023? What will be some of the real business drivers for your business? More broadly in the industry?

Dan Brillman: I think one of the biggest ones is, how do we collectively address the needs of people? It's going to be continuing to talk about the intersection of healthcare and government and social services, both operationally and how they communicate together. I think the broader conversation is going to be around how we analyze and utilize data and analytics to better prepare how we provide services. How are we going to change our policies? How we are going to change our programmatic approach inside the medical world and in the community, and how we address people's needs. So analytics is going to be a big part going forward in how we measure the impact we're having on people's health.

Nathan Bays: Where do you think many of those conversations will occur within health systems, health plans, governments, state governments, and federal governments? Who do you think will drive the dialogue over the next few years in that area?

Dan Brillman: I think it’s the intersection of governments, the healthcare ecosystem broadly and the community together. I think the decisions are now being made with all three sectors in the room, which is great. They're soliciting advice from stakeholders that typically were not solicited for advice, which is the community and the social service agencies. When they're designing new programs, like the state of North Carolina using Medicaid waivers to implement new things like social care payments, they include the community in those conversations. All three need to be involved in it. They need to be able to provide better services individually and together. I think all the stakeholders are actually in the room now. Is it perfect? No. But I think they're all in the room now when they're making big decisions like that.

Nathan Bays: When you think about the role of the states, oftentimes when, collectively as a society, we think policy, we think Washington, but in social care and social services, a lot of that policy is being driven by the state. What do you attribute that to?

Dan Brillman: Good leadership; I think the states solicit advice from other states that are maybe a step or two ahead, that have proven things out. Again, as an example, a lot of states talk to North Carolina now that our infrastructure and our network are across the state. Now, payments are implemented in the state to reimburse social services, and a lot of states are asking questions, how did it go? What are the lessons learned? This takes me back nine or ten years of implementing a coordinated system between health and social care. Lots of other new states that we began working with started asking the first and the second state how they did it. I think there's a lot of learning that is happening and taking good lessons learned so that the next implementation and next work can get better.

Nathan Bays: Yeah. A lot of talk of fall 2022, of a potential economic downturn in 2023. How do you think that will drive; I would assume that will drive more conversation about the need to enhance social services and coordinate care. How much do you think the need is going to be economically driven versus how much is just these things that need to happen, regardless of the current economic condition?

Dan Brillman: It's a great question. I think Covid is a perfect example, right? A pandemic like that brought to light the lack of public health infrastructure, coordination that was required, the exacerbation of social needs and inequities, and the lack of ability to serve our constituents in an effective manner during that time. But I think it's here to stay. If an economic downturn happens, or even in good times, you have the same problems; they don't just go away; they might get exacerbated.

But now, we can react better to it in a more proactive way around where should funding go. How do we make quicker decisions when there is an economic downturn versus being really reactive? Say, we have nothing in place; we don't even know what to do. Now, we have the technology infrastructure in place to communicate; we have analytics to be able to ensure people get to services and analyze that. Now it's a different narrative. It's a different conversation around, okay, where do we put funding because using data and analytics and actual real impact data to make informed decisions around it? So the downturn continues, it's definitely going to impact people's lives just like the pandemic did economically when people lost their jobs or they got evicted right and couldn't pay rent. But now we're a couple of years in, and we've definitely put more infrastructure in place to be able to support it.