Voters Are Anxious About Cost 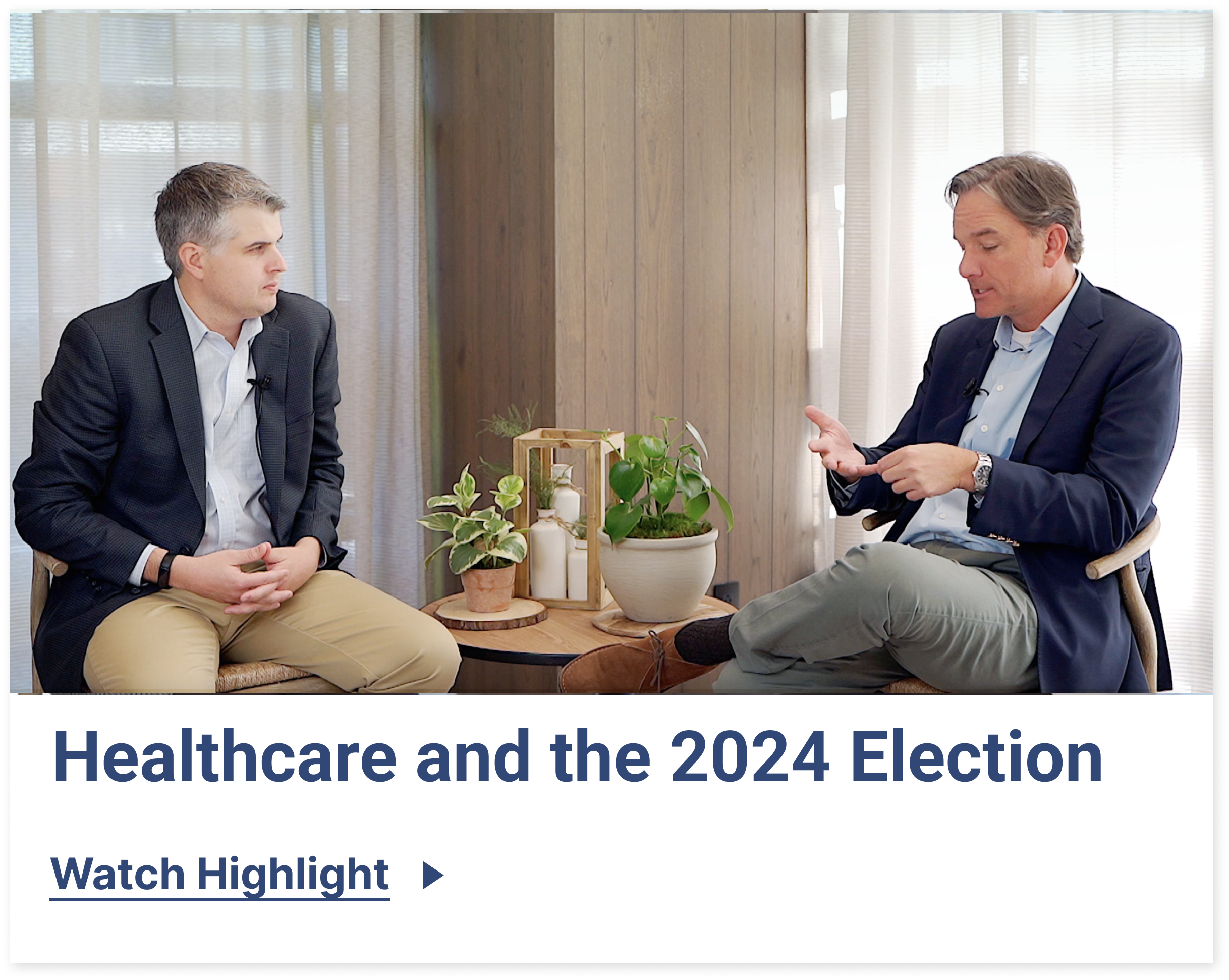 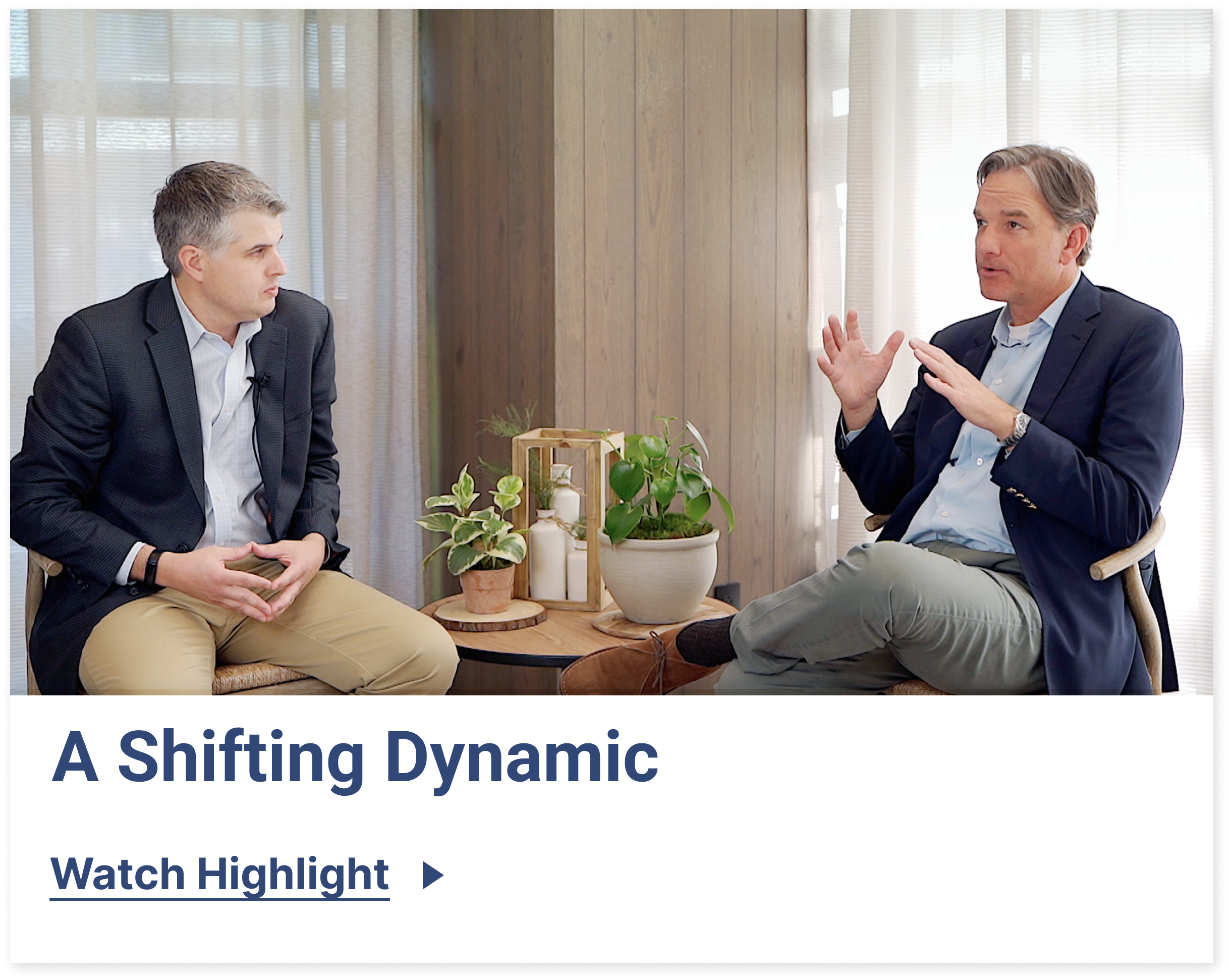 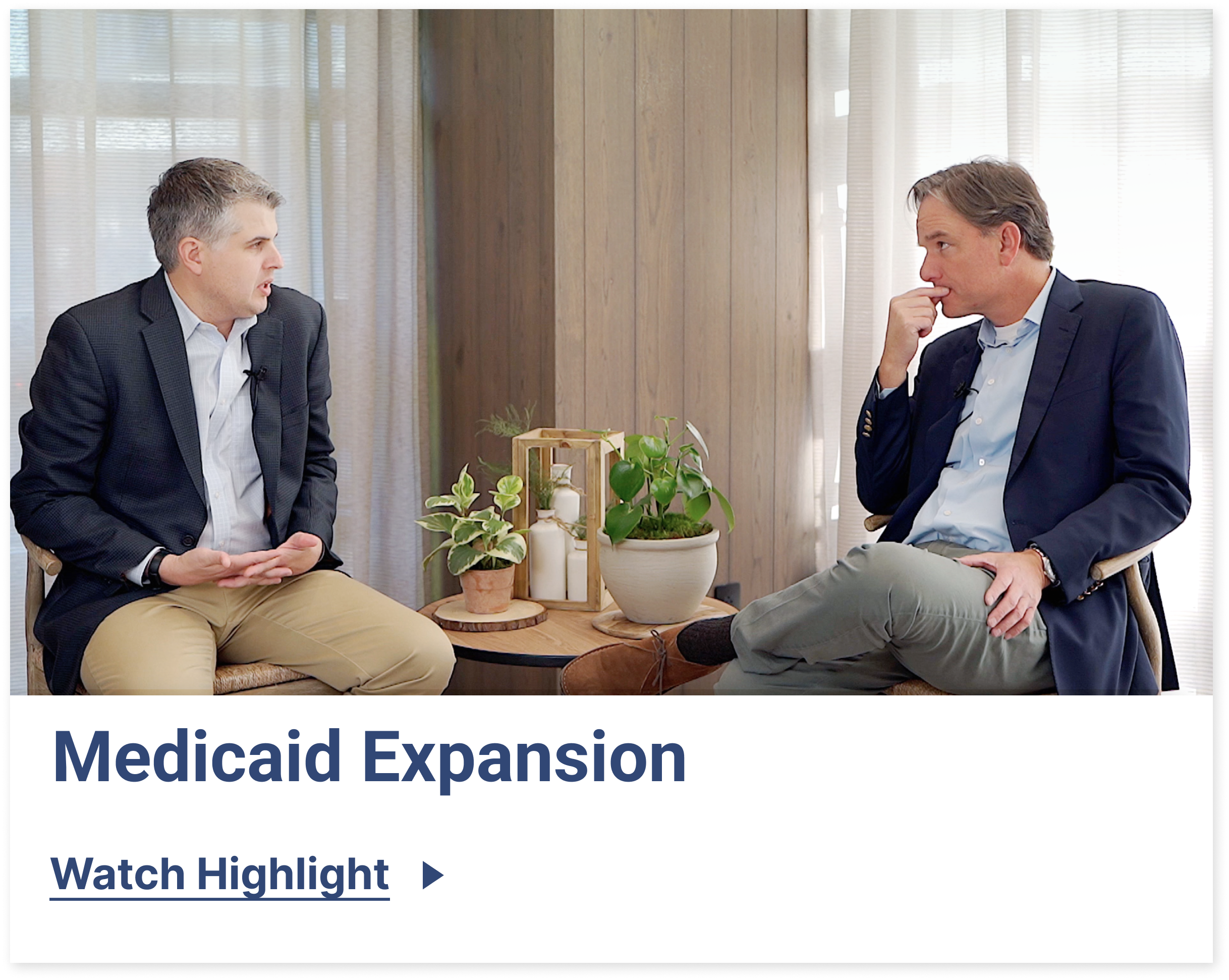 Donald Trigg: Hi, I'm Donald Trigg. I'm the CEO of apree health. I'm lucky to be joined by my good friend, Jarrett Lewis, who is a partner at Public Opinion Strategies. We thought we'd spend a few minutes this afternoon talking to you about what's playing out around the politics of healthcare, which has important implications for healthcare leaders, as we think about how we want to deploy capital and try to create an impact with our businesses in the years to come. Jarrett, fun to be with you.

Jarrett Lewis: Likewise, Don, always fun to be with you.

Donald Trigg: Jarrett, taking a bit of a wider view, let’s talk about what's going to play out in the political realm as we look out to election 2024. In particular, I'm interested in hearing your initial thoughts about how healthcare might be featured in that election cycle.

Jarrett Lewis: One of my business partners, Bill McInturff, who has been doing healthcare polling since the1980s, wrote a question back in the 1980s that's along the lines of the classic right direction, wrong track political environment question. That is, do you think that the healthcare system is working? Generally speaking, do you think the healthcare system is mostly working for you and your family? When the percentage of Americans who say “no” is closing in on 40%, those are moments in time when we've been ripe for change.

For example, that number was around 40% said:, “no, it's not meeting the needs of me and my family,” in 1992. We all know what happened when Bill Clinton got into office with HillaryCare. With the HMO reform in the late 90s, that number was rising to 40%, I think it eclipsed 40%. Then more recently, that number was around 40% in 2008 and 2009. That sort of served as one of the underlying drivers of what allowed Democrats to really go hard after healthcare and ultimately pass the Affordable Care Act. That number, again, is rising to the high 30s and looking like it could hit 40%. All that means is that there is a window and an appetite that voters have for some type of larger systemic change to the healthcare system through legislation.

I think healthcare is going to be one of the dominant issues in the 2024 or 2026 election cycles. I think that is largely underpinned by a very large growing angst and anxiety around cost. Voters are extremely sensitive to the growth in cost.  Covid sort of put this issue on the back burner, but healthcare was on track to be a dominant issue in the 2020 election, but for a health event, that sort of put the classic issue of healthcare to the back burner. But those costs haven't gone anywhere. As you well know, the cost of the inputs is rapidly increasing; there are labor issues. I just don't see how healthcare is not a dominant issue in one of the next two election cycles.

Donald Trigg: One of the things you and I have talked about in the past is the fact that, because access was such a dominant issue in so many of the policy debates over the last quarter century, people sometimes missed the political dynamic, which is that the preponderance of folks get their insurance through employer-based insurance. Even with boomers aging from commercial into Medicare, the directional trend around MA is about some of the same things that are important relative to the commercial space, in terms of my preference for benefit selection, how I want to think about the value proposition of supplemental benefits, and most importantly, to your point, what does it cost me to take advantage of the things that I value around my health and care? I think the noise that creates political trend is going to start around a double-digit, multiyear cost trend, and there's every reason to think that will create a political dynamic that we've seen several times in the past.

Jarrett Lewis: That's right. Let me ask you a question. Looking ahead to January, there will undoubtedly be a growth in presence of Republicans in Washington. What does that mean, in your mind, for the statutory landscape, as well as the political landscape around healthcare?

Donald Trigg: Well, the first thing I would say is that I think Republicans have been historically and recently poorly organized to take advantage of the political dynamics around healthcare. There's a lack of understanding of the topic, a lack of effort in terms of key stakeholders to really dig in and understand what it would look like to put the right statutory provisions in place. I think it's a huge opportunity, not only for the Republican Party but for leaders within it, to really distinguish themselves around fashioning the right nonpartisan/bipartisan solutions. That's the first thing I would say.

The second thing I would say is one of the things that I believe is, typically, what we see on a multi-decade trend with health policy is that there's a pendulum swing. Sam Walton said, “A good way of thinking about business strategy is looking at what your competitors are doing and doing the exact opposite thing.” That's very much the story of what has or hasn't happened relative to healthcare policy over the last 25 years. The failures of Hillarycare caused Obama to think exactly differently about the mechanics of what it would look like to put Obamacare in place. The negative political reaction to Obamacare led to the strategies around repeal and replace. I think the failpoints around repeal and replace should be a real warning sign to Republicans that there's an appetite for real solutions to solve a real problem around growing cost trend, and it would behoove them to get organized to address it.

The final thing I would just say is, relative to 2024, it's a very interesting question, as we've seen this significant trend around Medicaid expansion that you've written about and talked about, including red states. Are we going to see the governors be early innovators here in terms of what more Republican-leaning strategies might look like? Much in the same way we saw with Welfare reform in the 90s, we might see early innovators here in a way that informs the federal-level strategies and approach.   So, more questions than answers, but I think those are the right things for us to be wondering about.